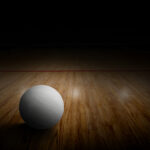 Due to popular demand, we have adjusted the winter program to include a JR/SR Spikes session and an additional Recreation House League Program.  Space is LIMITED!! If you are interested, please use the registration Links below: 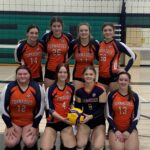 On November 19, 2022, the 17U Tornadoes competed in the Trillium Division at their Provincial Cup in Windsor, ON.

The last pool play match was against a tough LS Hammerhead Shark Frenzy (London). This match also ended in a split (25-21, 10-25).

With a set record of 4-2, the 17U Tornadoes finished 2nd in their pool.

In the playoff round, the 17U Tornadoes had a slow start after lunch against South County Bandits Select (Essex County). The 17U Tornadoes lost to the tournament hosts (18-25, 15-25).

Rebounding after their playoff loss, the 17U Tornadoes played again against Rose City United White (Windsor) with a 2-set win (25-15, 25-21). 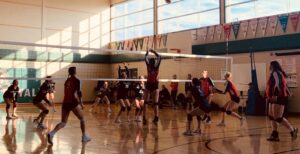 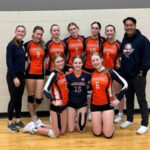 On November 12, 2022, the 18U Tornadoes competed in the Championship Division at their Provincial Cup in Thorold, ON.

With this record, the 18U Tornadoes finished 2nd in their pool.

Rebounding after their playoff loss, the 18U Tornadoes played against Scorpions Telsons (Cambridge) finishing their day off with a 2-set win (25-19, 25-16). The 18U Tornadoes finished 5th in the tournament and will remain in Championship for their next tournament, the 18U Challenge Cup (Dec. 3, 2022). 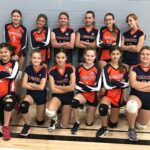 4v4 volleyball is for our youngest competitive players.

They are a team of 12 that breaks into 2 teams of 6 for tournaments. This weekend the 2 teams competed in Smithville as Whirlwind (blue jerseys) and Tsunami (orange jerseys).

Both teams showed off what they have learned in practices and saw success on the court. It was a jam-packed day as there was 7 teams present and both Whirlwind and Tsunami played 5 games each.

We look forward to seeing what else these girls can do at their next tournament! 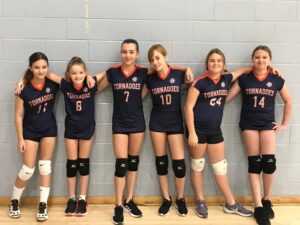 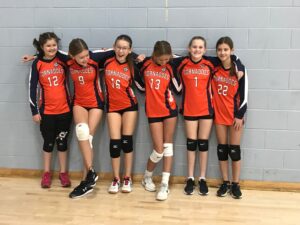 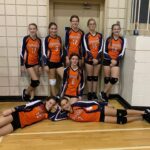 Congrats to the Tornadoes Synergy 14U Team who finished with a 2-2 record in their first-ever tournament on Saturday, Nov. 5th, in Windsor! Great work and improvement seen by the whole team!! 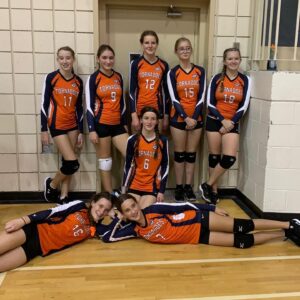 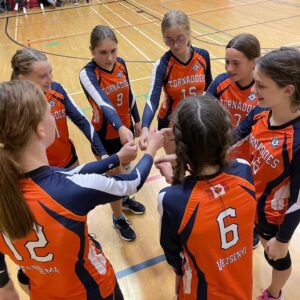 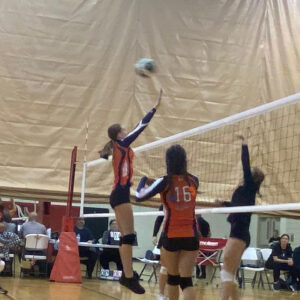 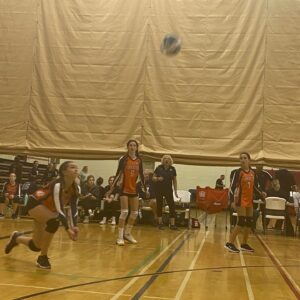 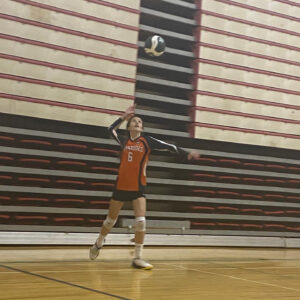 Next tournament will the Challenge Cup, December 17th!! 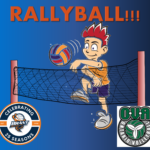 Rallyball is an exciting, modified volleyball game for younger children ages 9-11, to reinforce individual skills from Junior Spikes and apply them in game situations.

Email us at info@byvc.ca if you have questions. 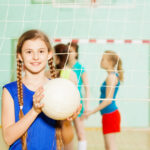 Our Developmental Programs are BACK!!

BYVC is happy to announce that registrations for ALL our developmental stream programs are now OPEN!

Registration and information regarding all our programs and when they are offered can be found HERE!!! 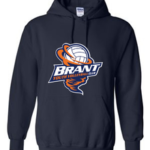 BYVC spirit wear is in! Players, families, and friends are all welcome to purchase any of these items to support our teams!

Click this link to see and purchase all of the 2022 fanwear available: https://byvctornadoes.itemorder.com/shop/sale/

Backpacks and sweatpants are still in the works, these items will be added to the site if they become available. Brant Sports is still figuring out stock so there is no guarantee we will have them added at this time. Unfortunately, there is no customization available for this spirit wear such as adding name/number.

The deadline for purchase is Tuesday, March 1, 2022. Be sure to place your order ASAP! Orders and payments will be made directly with Brant Sports. Delivery to the store should be less than two weeks so ideally, we will all have our spirit wear in time for OVA’s.

Pick up of your spirit wear will be at Brant Sports Excellence: 415 Fairview Dr, Brantford, ON N3R 7M3, unfortunately they cannot deliver directly to you. Once your order has been placed you will receive an email where you can determine the status of your order and when it will be ready for you to pick up.

We can’t wait to see all of you showing your spirit for BYVC!