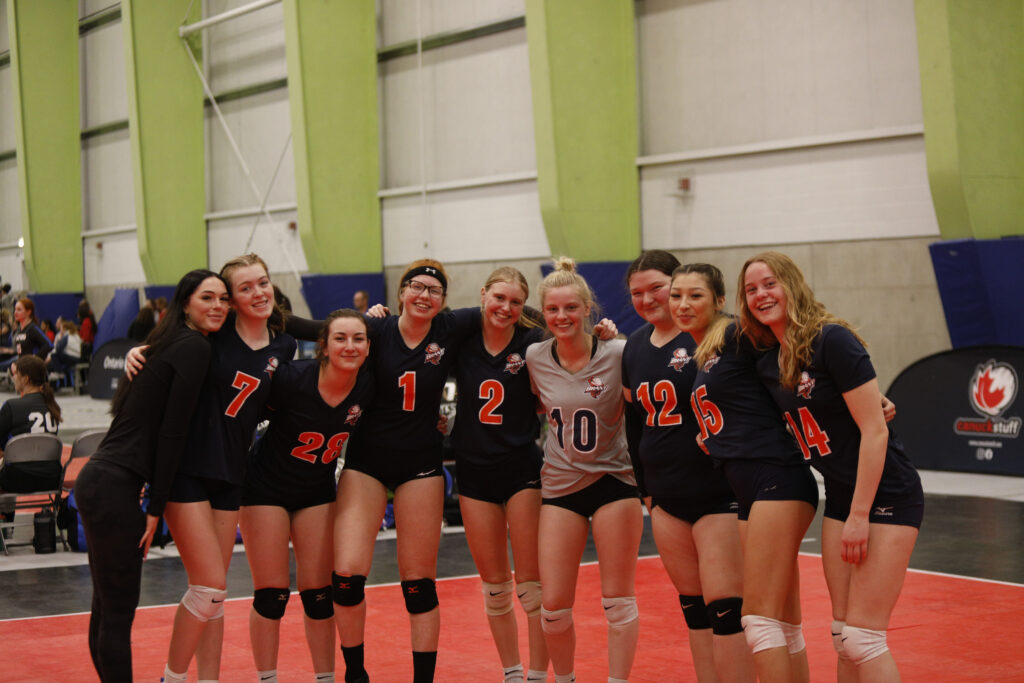 BYVC U17 Girls had a successful weekend at Ontario Championships (April 21-23).  Initial seeding was 13/28 in Division 2.  After two days of round robin competition they were 4-2. This set them up in Division 2 Tier 1 for the playoffs.  The highlight of pool play was knocking off the 4th seeded Niagara Vortex in a thrilling 25-23, 25-22 victory in the final pool play game. An opposing parent described the Tornadoes as being relentless on defense – nothing was hitting the ground.

The opening playoff match was against Hamilton MVC Makalu who was seeded in 8th place.  The Tornadoes found themselves in a hole after dropping the first set 19-25 and trailing 12-18 in the second.  They managed to find their inner warrior spirit with some timely blocks, scrambling defense and crunch time serving and eked out a 25-23 comeback victory to force a third set.  Again they find themselves behind in the rubber match but in an exciting finish ended up on the winning end of a 17-15 result.  This set them up for a quarterfinal match versus the 2nd seeded Oakville Lakeside.  The Tornado magic came to an end with a 13-25, 20-25 loss to the eventual silver medalists.  They improved their ranking to a 5th place finish.

All in all, it was a great team effort with lots of heart, character and determination in a great finish to their U17 season.  Looking forward to continuing the enthusiasm and development for their 18u season.