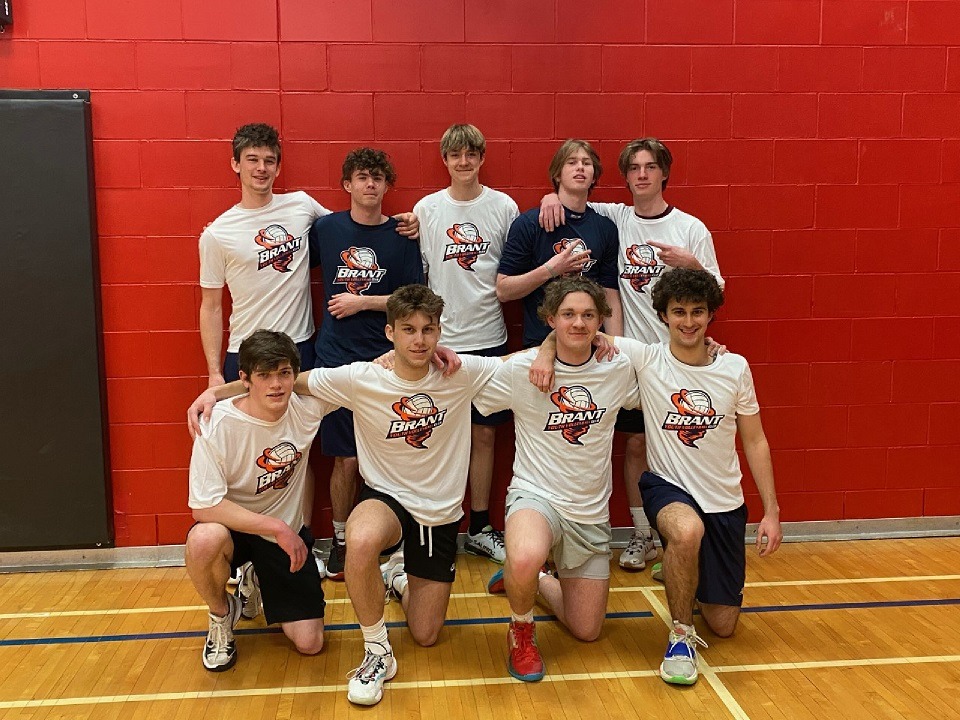 The 18U Brant Tornadoes fought hard this weekend throughout all of their volleyball games. Knowing they were starting at the bottom and being an underdog, they battled in every game for every point. We started off strong pushing KW Predators Toa to 3 sets and Kingston Rock to 3 sets, but unfortunately took the loss.

Sam Sincerbox, Liam Granasiuk and Ronan Veszenyi came up with some amazing attacks throughout the weekend games and were very successful in their approach. We had outstanding blocking by Matt Slykerman, Jaden Chagnon and Alex James against some very good hitters.

After battling hard in the two days, we were regrouped and placed against MAC Titanium for the morning game. Adam Sincerbox led the team with his outstanding sets. Unfortunately we were unable to win the game – despite some amazing digs by Josiah Virr.

This season has definitely been a learning curve but the boys were always up to the challenge and ready to practice and compete. Great season Tornadoes!